Dave Apollon a notable musician who to quote Wikipedia, “one of the most innovative and influential mandolinists of the twentieth century.” unfortunately the Philippine string band who accompanied him in vaudville shows and recordings are often treated as an afterthought. For Asian and Pacific Islander American Heritage Month in 2020 I would like to share their story.

This article is dedicated to my lolo (grandfather) Elizer “Ely” Jaen who would play the twelve string guitar for me as a child and is not far from my thoughts when I play music.

The musicians in this inscribed in the back of this photo according to the book “Filipinos in Washington” are Loy Silagon, Carlos Quiambao, Peping Hernandez, Harold Aloma, Ben del Rosario, Gregory Davidoff, Ponce Espiritu, Manuel Enriquez, Silvestre Ramido, and Francisco Castro. I cannot confirm his band consisted of the same Filipino men for all of his soundies and recordings, however I can say from the ones I have watched it appeared to be the same lineup with the exception of a few additional musicians for different performances.

In the group of Philippine musicians that played with Dave Apollon was referred to as his “Manila Orchestra” or simply “His Orchestra” according to newspaper articles from the 1920s. Titles that referred to the group are also “Phillppine String Band”, “Royal Philippino Orchestra” and “Filipino Orchestra’. In 1911 Dave sailed to the Phillppines at the start of his music career before later immigrating to the United States by arriving at San Francisco.

The story of how Dave Apollon and the Filipino musicians is told below by David Grisman,

In 1926 he met a group of Phillipine string players who had just lost their job in another show. He immediately hired them to be his “orchestra” and began working up the routines and musical numbers that would be part of his show (with various other singers, dancers, jugglers, and comedians) until the late 1930’s. This group, which numbered from seven to ten players, used bandurias, mandolins, domras, guitars, bass and accordian. They all were talented musicians who knew hundreds of tunes, and together with Dave they evolved a rapport that was both musical and entertaining. “It cost me a lot to bring these boys from Russia. I hope you like them ’cause it’s going to cost me more to send them back!”

The Philippine string band appeared in several soundies with Dave Apollon. One notable one is the Warner Brother and Vitaphone musical comedy “Hot from Petrograd” in 1933. While the band was accomplished playing stringed instruments in a rondalla setting adopted to jazz I was also impressed to see them in other recordings playing woodwind and brass instruments like the clarinet and trumpet beautifully as well.

I would be remiss to not mention though that something which was uncomfortable to me to viewing the Philippine band in these soundies is how the Filipino accent was used as a comedic device that served to fuel the popular orientalism sentiments at the time.

In addition, they were referred to by Dave in soundies and in newspapers as “boys” which combined with the fact that the Philippines was still a U.S. colony during many of these recordings provides an unpleasant reminder of the how Filipino men were seen during this time in U.S. history. You can hear Dave refer to the band as “boys” at the beginning of the recording of the band playing “Sweet Sue” in the video above as he calls the tune.

It is important to acknowledge that these were Filipino men who were professional musicians and deserve to be recognized as such.

With the onset of World War II and the decline of vaudeville it appears the number of Philippine musicians performing with Dave Apollon declined as they were drafted into the U.S. military. The last article could find mentioning his Filipino musicians was in 1946 where Dave wrote, “My two Filipinos have been with me for 20 years. They speak fine English, maybe with a bit of Russian accent, like me.”

Unfortunately, I have not been able to find more information about his former Phillppine band members after that time period. Dave Apollon in the 1960s moved to Vegas and had a career as mainly a solo performer until his passing.

If I find more information i’ll be sure to update this article, however if you’d like to see more performances of Dave Apollon and his Philippine band you can check out a few soundies at this youtube link. I’ll leave you with one of my favorite performances of the Philippine musicians who played with Dave Apollon, a performance of “Tiger Rag” in the 1935 musical short “The Wishing Stone”

Mabuhay! Originally for Filipino American History Month 2018 I wanted to write a well researched and edited post about the relationship between Filipinos, swing-era jazz, and swing dancing. Sadly I did not have the time to fully flesh out a well-written post but I did not want to put off sharing what I did find. This is by no means comprehensive, but I hope you learn something new. 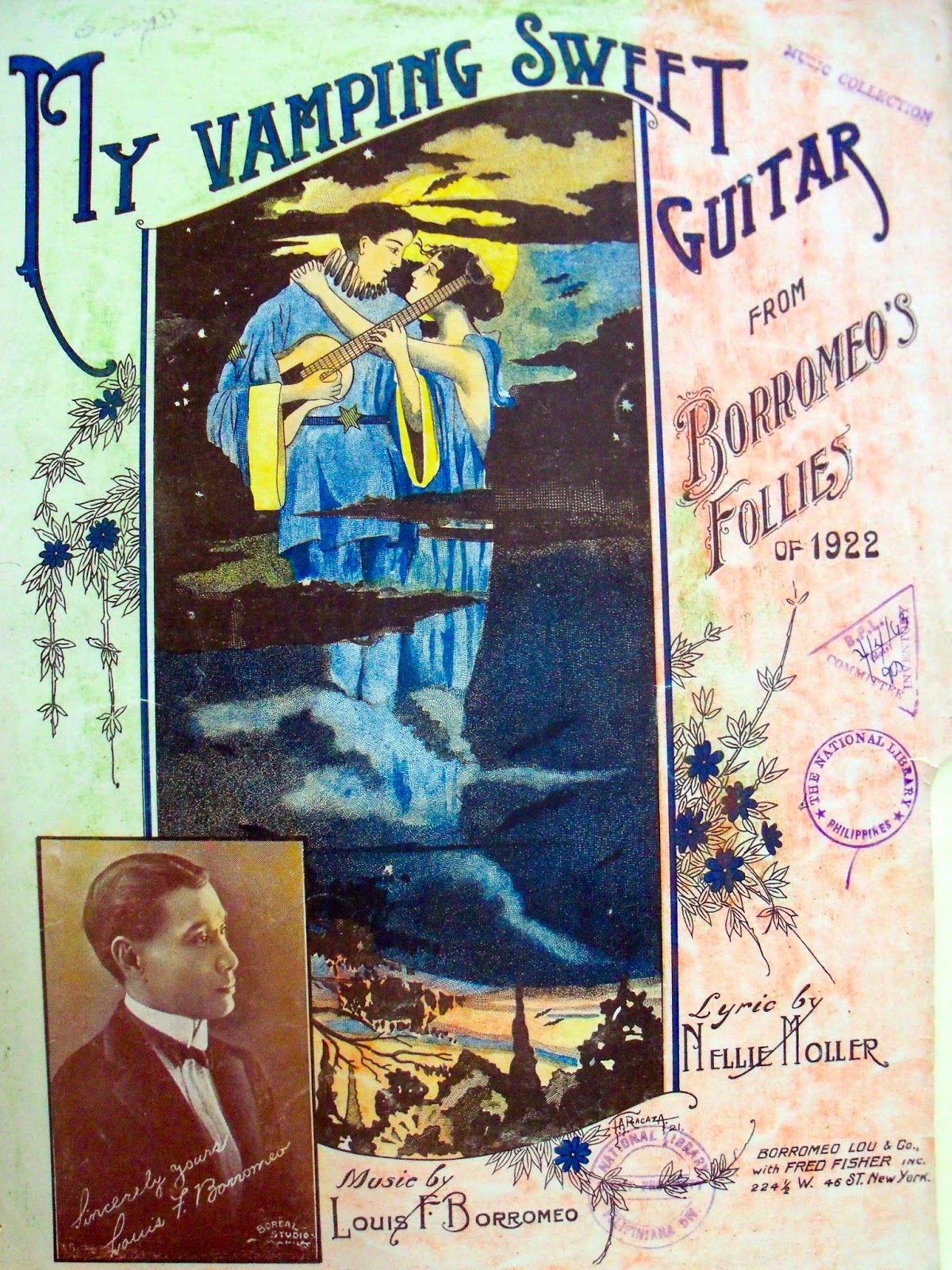 In 1920, a Filipino entertainer named Luis Borromeo returned from North America, renamed himself “Borromeo Lou”, and organized what became the first Filipino bodabil company. The main showcase of Borromeo Lou’s company was an orchestral band, which played what he called “Classical-Jazz Music”, and variety acts in between. Borromeo’s band is credited as having popularized jazz in the Philippines. It was also Borromeo who dubbed the emerging form as “vod-a-vil”, which soon became popularly known by its Filipinized name, bodabil.

In 1923, there were three theaters in Manila that were exclusively devoted to bodabil. By 1941, there were 40 theaters in Manila featuring bodabil shows. The popularity of bodabil was not confined to Manila stages. Bodabil routines were also staged in town fiestas and carnivals. The typical bodabil shows would feature a mixture of performances of American ballads, torch songs and blues numbers; dance numbers featuring tap dancers and chorus girls and jitterbug showcases; and even the occasional kundiman.

While this was short I plan to commit to writing a more polished article next year. For other Pinoys reading this article I hope this helps bridge together our background as Filipinos, swing dancing, and jazz. Salamat po for your time.